I first became acquainted with Australian author Tea Cooper through one of the various Facebook groups to which I belong. I enjoyed Tea’s posts and quickly realized I’d found a fellow history-lover. I invited her to share a few thoughts about love and romance in February, and her Valentine’s post was thoroughly enjoyed by Time for Love’s readers.

I wanted to know more about Tea, her appreciation for the past, and about her books.

Today, I’m delighted to have Tea as my “Showcase” author for March.

Why do I write romance?

I can’t help it … an over active imagination and the Greek Gods smiling at me!

I received a great review the other day for one of my books – any author’s life blood! The best part of the review though wasn’t the stars or the delightful comments about my plot and my story but the sentence that read:

“You have such wonderful ideas for your books, wherever do you get them?”

It got me thinking. I know I’m a visual learner – too many years trying to work out how children learn – then I realized I’m also a “visual writer.” I backtracked to see if it is true and where I got my inspiration.

Inspiration means literally, to breathe in and be filled with spirit of the Gods, the muses of ancient Greece. I like to think the gods smile on me. 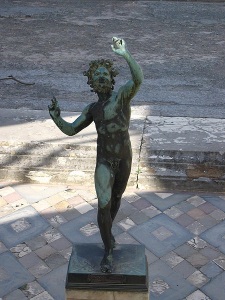 It was certainly true of my little Greek novel A WINNING STREAK. It harks back to a trip to Pompeii more years ago than I am prepared to admit!

Then I took a closer look at my other books:

TREE CHANGE is about a woman who has to choose between her career (she’s a sculptor) and the love of her life, who is an environmentalist. The actual starting point for Cassia and Jake’s story was a sculpture I saw.

As I’ve become more aware of the way I write, (I’d like to say the way I capture my muse but it sounds dreadfully pretentious!) it became easier to spot the starting point of a story.

My family saga FROM THE OCEAN TO THE OUTBACK, which will be published at the end of the year, began with this necklace. 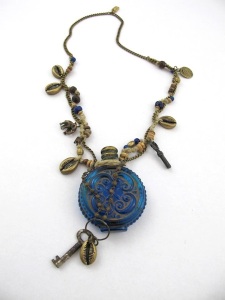 JAZZ BABY, the first of my 1920s stories to be published in October, began with a trip to a wine bar in Sydney right in the middle of the back streets where the Razor Gangs ruled between the two world wars.

The well-known meme I came across while I was sitting in a café in the local town called The Queen of Tarts combined to set PASSIONFRUIT & POETRY in motion.

And MATILDA’S FREEDOM and LILY’S LEAP (releasing July 2014) belong to Wollombi, the village where I live, my historical muse, the local museum and the surrounding countryside … there’s a very old winding road built in 1826 that runs through Wollombi and nastiest bend is called Ramsey’s Leap  – rumor has it that a convict leapt over the side in an attempt to escape. As I stood gazing over the culvert I couldn’t help wondering what if ….

What a strange collection of snippets! If I haven’t bored you to death my Pinterest Boards tell more of the stories behind my stories. Drop by if you have some time to kill.

Where does your inspiration come from?

Do the ancient Gods smile on you?

Many thanks to Tea for sharing her thoughts and inspirations! You can find here at her website: Tea Cooper Author. You can also follow her on Twitter @TeaCooper1

About Tea: Téa Cooper lives in a stone cottage on one hundred acres of bushland, in the Hunter Valley. When she isn’t writing, Téa can be found haunting the local museum or chatting to the locals, who provide her with a never-ending source of inspiration. The settings for her stories range from the glittering beachside city of Sydney to small country towns and the harsh outback.

WANT A CHANCE TO WIN?

There is a Giveaway currently running on Goodreads for a print copy of TREE CHANGE and THE PROTEA BOYS. You can find details on Tea’s page at Goodreads.

It happens at least once each week — usually more often. I’ll be casually scrolling my way through post after post on Facebook, wading though a tireless stream of book promotions, personal rants and health updates, when suddenly my attention is caught by something beautiful.

My latest special find is this:

I fell in love with the image, the quote, and the inspiration contained in these few, simple words. At once, I was off on a search, curious about the author, Trina Paulus.

My first on-line searches turned up little information, only an additional quote about butterflies and flowers. Surely there must be more!

A little more searching finally led me to Goodreads, to Trina Paulus herself, and to an inspiring book first published over forty years ago. Sometimes I wonder where I’ve been in recent years. How could I have completely missed this little jewel?

“Hope for the Flowers” is an inspiring allegory about the realization of one’s true destiny as told through the lives of caterpillars, Stripe and Yellow, who struggle to “climb to the top” before understanding that they are meant to fly. 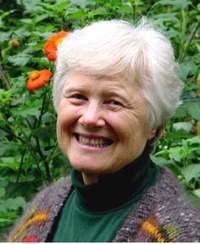 I searched out the author profile to learn more and came across a delightful lady who believes in hope.  She describes her book as a novel “for adults and others  — including caterpillars who can read.”  She is an advocate of organic farming, composting, holistic health, and spiritual search.

Now on a quest to learn as much as possible about Trina Paulus, I discovered her website:

Hope for the Flowers

Let’s talk for a moment about this whole process of becoming a butterfly. It’s a scary thing, really, at least it surely must be when seen from the perspective of a lowly caterpillar. How frightening to think of soaring through the sky, of having to rely on a pair of fragile wings to keep from falling!

Oh, yes, how much easier instead to remain a caterpillar, to inch our way over the earth, maybe now and then dreaming about flying, but feeling safer and so much more secure in our comfortable skin.

Change is a fearsome thing, indeed. We yearn for it, but so often, we let our worries and doubts stand in the way. I’ve often heard it said that change only comes when “the pain of not-changing” becomes too great to bear. Sometimes, they seems to be true.

I’d like to think of change in a more positive sense, as something beautiful that comes into our lives, something good that we can create if we’re willing to let go of old ways.

To bring about true, lasting change — to reach for the skies and live our dreams — we really must have that desire to fly, a desire so strong that we are willing to give up being caterpillars.

Scary? Frightening? Fearsome? Change can be all of this…and more. It can also be awesome, incredible, wondrous, and beautiful.

And yes, I’ve already ordered a copy of the book.

Vicki Batman describes herself as “a sassy writer of sexy and funny fiction”. That’s enough to get my attention. I love sassy, I love sexy, and most of all, I love funny.

I first got to know Vicki when she shared a few thoughts here at Time for Love during the recent holiday season. Along with thoughts, this talented, sassy woman also shared her craftiness.

Readers loved it; so did I. I wanted to know more about  Vicki, so I made a little visit to her blog. I’ll admit, the blog title had definitely piqued my curiosity.

Handbags? Yes, handbags. She’s got quite a collection of them. But, I’ll let her tell you about those.

I adore handbags and change mine out often. Going to church, out for the evening, need a tote to carry more stuff. Whatever.

I came to love handbags over a very simple thing–shoes. Lots of women will elaborate on how much they LOVE shoes. I, however, have small feet–size 7 narrow. That particular size is very hard to come by; so I don’t have lots of shoe candy. I turned my eye to handbags. Much to Handsome’s dismay, I have seven shelves. In my own defense, I have one I kept from high school.

I love to go to flea markets and antique malls. There, I have found bags for as little as $3.00. I’d much rather have four bags for ten dollars than one forty dollar bag! I’ve bought handbags from eBay and ETSY, too, particularly, needlepoint handbags. Everyone thinks they are old lady purses. Sometimes, I add a nifty handle and totally update the look. Right now, I am ready to turn in a handbag needlepoint canvas I did. Yeah! And every time I sell something I’ve written, I treat myself to a bag.

Record covers? Those, I’d like to see! What a clever idea. Readers, take note, every Monday, Vicki features handbags on her blog. Here’s the link again, in case you missed it:

Along with being a sassy, crafty lady, Vicki is, above all, a talented and prolific writer. She kindly prepared a list of her book titles and other published works for me — sorry, Vicki, I didn’t mean to make you work so hard! Whew! This lady is one accomplished writer.

– To be determined 2014, The Wild Rose Press, Temporarily Employed

– To Spring 2014, WordForest, “Sister Act” for the Sisterhood Anthology

– To May 2012 LongandShortReviews.com, “Check Her Out”

– To February 2012 Ink Lion Books, “Man Theory and Other Stories”

– To June 2011 LongandShortReviews.com, “Tommy and the Teacher”

Vicki recently made another appearance here at Time for Love, this time sharing a few thoughts on Valentine’s Day:

This became the inspiration for one of those “True Love” stories listed above. Be sure to read it and see how she got the last laugh on a fellow who obviously wasn’t good enough for her in the first place.

Many thanks to Vicki for sharing her thoughts, her crafts, and her stories with Time for Love readers. She’s a great lady, and I’ve enjoyed getting to know her.

Like some of her characters, award-winning author, Vicki Batman has worked a wide variety of jobs including lifeguard, ride attendant at an amusement park; a hardware store, department store, book store, antique store clerk; administrative assistant in an international real estate firm; and a general “do anything gal” at a financial services firm–the list is endless.

She is a member of RWA and several writing groups and chapters. In 2004, she joined DARA and has served in many capacities, including 2009 President. DARA awarded her the Robin Teer Memorial Service Award in 2010.

Most days begin with her hands set to the keyboard and thinking “What if??”

I love autumn. It’s my favorite time of year.  It’s a time for colorful leaves, crisp mornings, and long walks in the woods. The picture, below, is one I took on an autumn morning at George Owens Nature Park. I hiked along the Wapiti Trail, saw a flock of wild turkeys, and spent a little time at the lake, reflecting on who I am, where I’ve been, and where I hope to go in my future.

What does autumn mean to you?

I’ve invited many of my friends to stop by and share a few of their thoughts about autumn and their favorite autumn memories.

So, grab a cuppa — hot, spiced cider sounds good, doesn’t it? Curl up and enjoy getting to know your favorite authors.  Be sure to check out their new books, too.

As romance authors, we appreciate our readers, and we thank you for your support of all we do.

Other thoughts about autumn:

Can she believe his words of love?

Passions flare in the heat of SUMMERTIME

He stole the wrong woman… 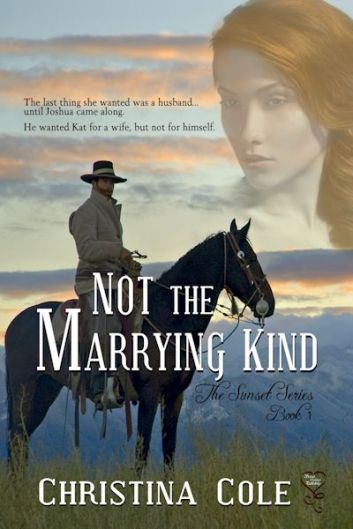